Considered to be one of the best racing drivers ever, Siffert was a popular and glamorous star who came from humble beginnings to achieve great successes on the international racing circuit. He died in a non-championship F1 race at Brand Hatch. 50,000 people lined the streets of Fribourg, Switzerland, for his funeral. 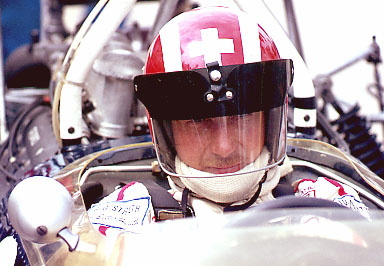 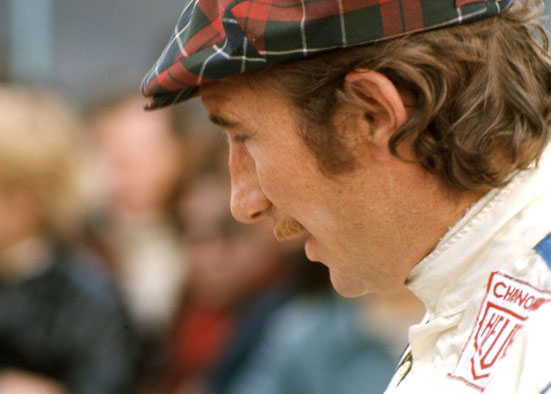 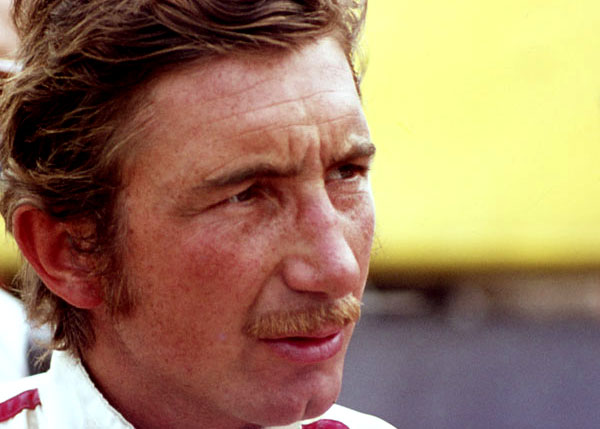 Siffert was born in Fribourg, Switzerland, the son of a dairy owner. Nicknamed "Seppi", he began racing in 1957 riding a 125cc Gilera. He did not come from a wealthy background and did everything possible to earn enough money to pay for his racing. This included selling shells back to the Swiss Army for recycling and buying and selling cars.

In 1959 he passengered Edgar Strub in the Sidecar World Championship, typically to earn some money to support his other racing, and won the Swiss 350cc motorcycle championship before switching to four wheels with a Formula Junior Stanguellini in 1960.

He really came to prominence in 1961, driving a Lotus 21. He won the Eifelrennen race among others and finished the season as joint European Formula Junior champion with Tony Maggs.

He graduated to F1 as a privateer in 1962 with a four-cylinder Lotus-Climax, later driving under the Swiss Scuderia Filipinetti banner. he debuted at Monaco for Lotus but failed to qualify. He made it onto the grid at the Belgian Grand Prix at Spa.

He bought the Filipinetti Lotus 24-BRM to run as an independent in 1963 and took a championship point at Reims. He won the non-championship Syracuse GP, though it was poorly supported, and took second in the Imola GP.

For 1964 he purchased a Brabham for 1964 and he scored a superb win in the Mediterranean GP, beating Jim Clark to the line by a tenth of a second. The following year 'Seppi', now driving for Rob Walker, repeated the victory beating Clark this time by three-tenths of a second.

Before he joined Rob Walker, in order to keep costs down, Seppi and his team slept in the cheapest hotels and when there was not any money at all they slept outside in sleeping bags. Not the glamour of today's Grand Prix circuit.

Walker and his wife Betty held Siffert in deep affection and Jo continued to drive for them through to the end of 1969. They struggled over the next couple of seasons winning the occasional point. However podium finishes were only achieved in non-title races.

Then in 1968, Walker persuaded Colin Chapman to provide him with a Lotus 49B. During testing at Brands, Siffert crashed, badly damaging the car. It was sent back to Walker's base in Surrey but that night a fire destroyed the building and the Lotus. It was looking bad, but they managed to borrow a replacement from the factory which Seppi drove into the F1 history books by winning the British Grand Prix. He beat Chris Amon's Ferrari into second place after a race-long battle by 4.4 seconds. He was a front-runner for the rest of the season, often being quicker than the works car of Graham Hill.

He continued racing for Rob Walker in 1969 but after a bright start, the season was a dissapointment. Meanwhile Siffert had become a star in sports car racing with Porsche. He won five major races that year alone alone. In 1968 he won the Daytona 24 Hour and the Sebring 12 Hour races. He also drove at Le Mans many times for Porsche, taking class wins in 1966 and 1967, and pole in 1968. That year he helped Porsche launch its CanAm development program, driving a Porsche 917PA spyder, finishing fourth in the championship despite only entering a few races.

Ferrari were keen to sign Jo for 1970 but Porsche, desperate not to lose his services to their rivals, paid for him to join the STP March team. It was a terrible Grand Prix season for 'Seppi' with a seventh place in Belgium as his best result. He did continue to enjoy success in sports cars driving a Porsche 908/3 with Brian Redman in the Gulf Porsche team. They won the Targa Florio, the Spa 1000 Km and the Osterreichring 1000 Km. He also has some good results in Formula 2 with the works BMW.

In the Porsche team, Pedro Rodriguez was referred to as the "Mexican Bandit" and Jo was affectionately known as the "Crazy Swiss." In 1971 Siffert moved to BRM to partner Pedro Rodriguez. He also purchased a Chevron to race in F2, a Porsche 917 for Can-Am and continued to race the works Gulf Porsche.

Sadly, Rodriguez died in a sports-car race in Germany at the Noris Ring prior to the British Grand Prix. Siffert lifted team spirits with victory a few weeks later in Austria. He had built up a 30 second lead but a slow puncture   meant that his lead was down to just 4.1 seconds over Emerson Fittipaldi´s Lotus Ford 72. He finished the season with second in the US Grand Prix at Watkins Glen. Aside from his F1 results that year, he also had plenty of podium finishes in the other formula and was looking forward to 1972 as they arrived at Brands Hatch for the season's finale, the Rothmans Race of Champions.

At Brands just before the braking zone of Hawthorn Bend is Pilgrim´s Drop, and it was there that Jo's BRM P160 bottomed out causing a suspension failure that sent him hurtling into a bank. The car burst into flames and poor Siffert was trapped in the wreckage. When he was finally extricated he was found to have died of asphyxiation, having survived the initial impact with just a broken leg.

The accident led to a rapid overhaul of safety, both in-car and on circuit. In the subsequent RAC (Royal Automobile Club) investigation, it was discovered that apart from non-fatal injuries, Siffert had been killed by oxygen starvation and smoke inhalation. None of the trackside fire extinguishers worked: and it was found impossible to reach the car and extract Siffert. On-Board fire extinguishers became mandatory and piped air for the drivers, direct into their helmet. Thus, perhaps one of the sad epitaphs of Seppi, was the focus on vehicle and driver safety and far better fire retardant overalls.

His funeral in Switzerland was attended by 50,000 people, and a Gulf-Porsche 917 of Team John Wyer accompanied the hearse.