Formula One driver from Italy. He participated in 78 grands prix, debuting on March 23, 1986. He won 1 race, achieved 9 podiums, and scored a total of 65 championship points. 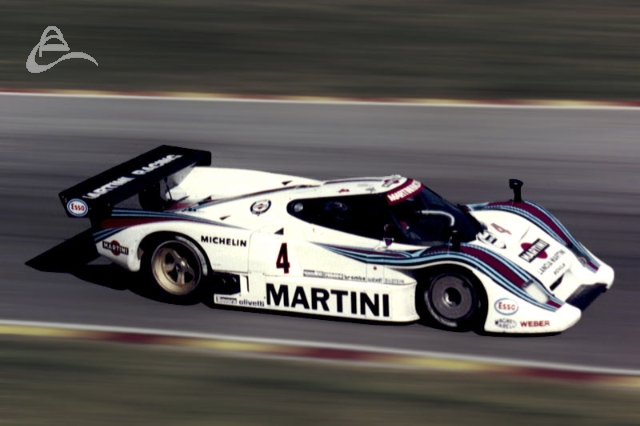 Alessandro's racing career started out in motocross before taking to rallying in 1978 with a Citroen Diane, graduating to a Lancia Stratos in 1980.

In 1982 he switched to the circuit racing driving for Minardi in Formula 2, remaining with the team until the end of the 1987. He also drove the Lancia Martini sports car with Corrado Fabi at Mugello, finishing second.

He was team mate in European Formula 2 to Paolo Barilla another wealthy young Italian, and though his first three seasons showed had he had potential, there was little in the way of results, with only a second place at Misano in '82 and another at the Nürburgring in '83.

Over the next four seasons he also continued in the Lancia sports car team when his Minardi commitments allowed. With them he took eight podium finishes, including a win at Kyalami with Patrese in '84, he also set the fastest lap at Le Mans that year and was leading the famous 24-hour race before the Lancia LC2 he was sharing with Bob Wollek developed gearbox troubles.

In 1985 Minardi entered F1 but as he was refused a superlicence, he ended up doing a season of the then new Formula 3000.

He finally made his F1 debut in 1986 as team mate to Andrea de Cesaris. Sandro made the finish only once, coming 14th in Mexico, but was on terms with de Cesaris in qualifying and, on average positions, was usually slightly quicker.

In 1987 he was joined by Adrian Campos and frequently qualifed quite well however the race results remained the same, finishing once in Hungary in 11th place.

Nannini however had been noticed and at the end of 1987 he was hired to drive for Benetton as team mate to Thierry Boutsen. He immediately made an impression with his attacking style of driving. Benetton's engine suppliers Ford, had opted to run normally aspirated motors and although turbo cars dominated, the Benetton generally posed the greatest threat to the McLarens and Ferraris. Nannini lead non-turbo qualifiers on four occasions, seven times getting into the top six on the grid.

At Imola he battled Nelson Piquet for third place before falling back due to pain in his foot caused by an inflamed nerve, a problem that re-occured in Mexico, but he still finished as the first non-turbo car in seventh. First non-turbo again in France with a sixth place before mechanical problems interveined at Monaco, Canada and Hungary. In Detroit he had an altercation with Michele Alboreto which ended his race.

At Silverstone, he survived a spin in the wet to take a fine third place and at Hockenheim he set the fastest lap and had it not been for a stop for repairs he would have been on the podium again.

In Belgium he came forth behind Boutsen but both cars were excluded for fuel irregularities. Monza and Estoril saw Sandro having to fight back after stops for repairs before Jerez where he finished a brilliant third, passing Senna in the process.

In 1989 Johnny Herbert replaced Boutsen and Sandro was elevated to team leader. He was sixth in Brazil and then third at Imola. But Herbert's amazing début overshadowed his efforts somewhat. In Brasil Herbert finished in fourth after an untroubled run, whilst Sandro struggled with tyre wear and a broken wing support. Nannini took eighth place in Monaco, then fourth in Mexico.

When the circus moved to North America, Nannini managed a career best third in qualifying for the street race in Phoenix, but had a bad crash during the warm-up, and retired early from the race.

In Montréal, Sandro made the decision to switch to slicks just before the start. However as there were no officials on hand in the pitlane, he followed Mansell on to the track, both drivers assuming the race had started. It hadn't and they were disqualified.

Back in Europe, Nannini had an excellent run in France and had it not been for a suspension failure he would have come second. He then repeated his 1988 third place at Silverstone, coming through on Piquet towards the end. Hockenheim saw him in fifth followed by another fifth in Belgium and a forth in Portugal before a dissapointing run a Jerez.

Then Sandro took his only F1 win in the Japanese Grand Prix after Ayrton Senna was excluded after the famous Senna-Prost collision. This was followed by a superb second in the wet conditions of Adelaide. Nannini finished the year sixth in the Championship

In 1990 he was joined by triple champion Nelson Piquet. Sandro was second best to the Brazilian in the first two GPs however at Imola he finished third, with Piquet fifth, and set the fastest lap. He qualified fourth in Canada, ahead of Piquet, and led the race briefly before the tyre stops and hitting a ground hog! He was fourth in Mexico, but lost out again in France where electrical problems late in the race cost him a third place.

At Hockenheim he chose to run the harder compound tyres in the race, allowing him to run non-stop. He took over the lead on lap eighteen and then held off Senna's McLaren for sixteen laps, until a back-marker held him up and Senna nipped through. He was second at the finish.

At the Hungaroring, Nannini started seventh and was up to second by lap 56. Confident that he could pass Boutsen for the lead, he was taken out as Senna tried to pass him.

At Spa, Senna squeezed ahead at the pit stops and though Nannini fought all the way to the flag he finally came home fourth. Tyre wear and pit stop confusion ruined his chances at Monza, and in Estoril he was given new tyres which was not the plan. He was still sixth.

In Italy, he was approached by Ferrari to replace Jean Alesi. However Nannini deceided to stay at Benetton. In the Spanish GP, his last Formula One race, he came third.

A few weeks later while trying to land his helicopter in the grounds of the Nannini Family villa near Siena, the ground began to give way causing a crash that severed his right forearm.

Although he was keen to return, Formula One was, for the time being, out of the question for this pleasant and popular chain-smoking espresso addict, but Nannini was far from finished.

In 1992 he made a comeback driving for Alfa Romeo in the Italian Supertouring series. In his first race he qualified on the front row and took the fastest lap. He went on to win three times, and ably backed up his team-mate, Nicola Larini, who took the championship.

The team transferred to the class one DTM series for 1993. Nannini won twice and also took a number of poles and fastest laps.

For the 1994 season, Nannini was the initial pace-setter, with four early season wins. He also won both the non-championship races at Donington Park, but was excluded from the second of them when there was not enough fuel left for analysis. After this his season tailed off and he ended it in fourth overall.

In 1995, with all the DTM entrants also participating in the ITC mini-series, the Alfas were overshadowed by Mercedes, and Nannini managed only eleventh and fifteenth in the respective championships.

In 1996 the expanded ITC completely replaced the DTM. Sandro, again with the Alfa 155 V6 TI, scored more victories than anyone else (seven), but was not as consistent as Manuel Reuter in the Opel and Bernd Schneider of Mercedes and finished third overall.

In 1997 Sandro signed with the AMG Mercedes-Benz squad to contest the GT world championship. Four times Nannini finished second, including from pole in Austria. Eight years after his Grand Prix victory at Suzuka, he achieved his final victory, in the seventh of eleven rounds, on the same circuit. He and Tiemann were joint fifth in the series. In September 1998 Nannini announced his retirement.