Spencer Wishart was an American racing driver active during the early years of the Indianapolis 500. He raced there four times with a best finish of second in 1913, 13 1/2 minutes behind the winner, Jules Goux, the largest winning margin in the history of the race. He was killed in the Elgin National Trophy race in 1914. 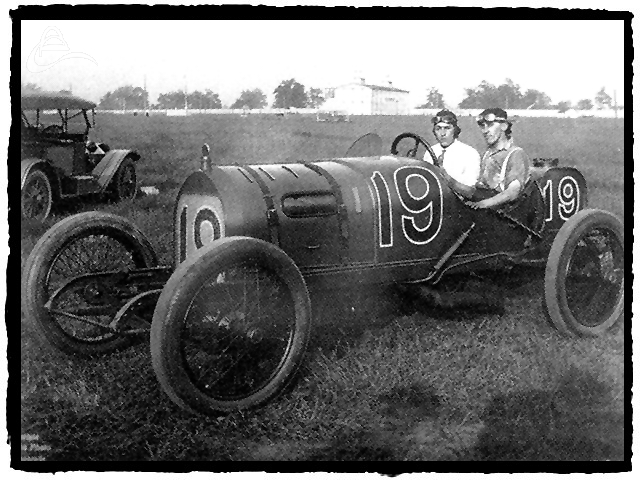 Spencer Wishart was born in Philadelphia, Pennsylvania. He was an American racecar driver who always wore shirt and tie under his overalls. He was active during the early years of the Indianapolis 500, where he raced on four occasions.

In 1909 he raced a specially modified Mercedes Grand Prix car in the Vanderbilt Cup. At 19 he showed a maturity that enabled him to finish 4th in a race where many more experienced drivers got caught up in accidents.

By 1911 3.2 million paving bricks had been laid at Indy and in the first running of the 500 he qualified his gray Mercedes, the original Silver Arrow, in 11th and finished a very respectable 4th, having actually led for 5 laps. He improved his qualifying position the next year but retired after 82 laps. In August he bought a stock Mercer from an Ohio dealership and won the Columbus 200 mile race,  setting four new dirt track records in the process. He then then took 3rd in the Vanderbilt Cup in October driving his Mercedes.

The following year he switched to a Mercer and was in 19th place at the start of the Indy 500, working his way into second by the finish. He has the dubious distinction of finishing second by the greatest margin in the history of the Indianapolis Motor Speedway,  13 1/2 minutes.  He then did well at the races in Elgin in August, finishing 3rd in the Elgin National Trophy. He finished the year with another 3rd in the Brighton Beach 100 mile race in November.

In February 1914 he raced in the Vanderbilt Cup. He led the first lap in his Mercer but then went out with a broken water line. Next up came the Indy 500. He only managed to get onto the grid in 25th place and he went out after 122 laps with a broken cam gear. A second at Sioux City was followed by two days of racing at Elgin for the Chicago Auto Club Trophy on the 21st and the Elgin National Trophy on the 22nd.

He took the lead in the Chicago Auto Club Trophy on the second lap and held until lap 25 when he was passed by Gil Anderson. However all was not well and he retired two laps later with a fuel leak.

The next day, in the Elgin National Trophy a AAA national championship race, Wishart was leading again when, on lap 14, his Mercer clipped another Mercer that he was lapping. He went into a ditch and took off, clearing a row of spectators before slamming into a tree. The car did hit one spectator leaving a tire mark on his shirt but amazingly no injuries. Both Wishart and Jack Jenter, his riding mechanic were killed. The accident took place at the northern end of the track now known as Highland Avenue.