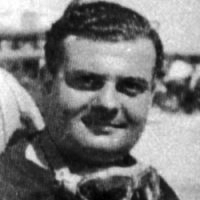 French racing driver who started in racing after World War II. Was quite competitive in French national events. He built a BMW-engined Formula 2 special before acquiring a Jicey-BMW and finishing third in the Grand Prix of Cadours. He returned to racing his home built special but after a few outings in 1952 and 1953 he wasn't seen racing again. Marcel Balsa died 38 years ago, he was 83

Marcel Lucien Balsa was born in Creuse, a town in a remote area of the Limousin in France.

He owned a Talbot T150C (82932) which he sold to Henri Marin in 1946. Marin raced the car a couple of times but decided that it was not for him. Instead he modified the car, building a new body and reboring the engine out to 4.3 litres. Balsa was then appointed as the driver. Unfortunately Marin was on a tight budget and after racing at Nîmes in 1947 the car was retired.

Balsa then acquired a Bugatti Type 51 and became quite competitive in the French national events.

Balsa plugged away throughout the late forties and early fifties with his self built BMW-engined Formula 2 car, restricting himself in the main to events on home soil.

He later tried a Jicey-BMW, with which he was a distant fourth in the Luxembourg GP in 1949 and the following year he finished third in the Grand Prix of Cadours, the same event where fellow racer Raymond Sommer was killed.

He returned to his previous race car and in 1952 raced in the German Grand Prix at Nurburgring, only to retire after six laps.

In 1953 he won the Coupe de Printemps at Montlhery, but the quality of the opposition was meagre to say the least.

He then faded from the racing scene.