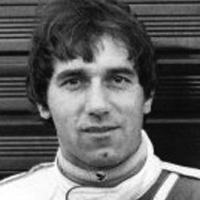 Rob Wilson is a New Zealand-born racing-driver who also trains other drivers, including some stars of the Formula 1 starting-grid.

Still racing, most recently sportscars in the British and FIA GT series as well as the LMES.

He is also a session guitarist, who was in the successful band Edison Lighthouse. Now lives in London, England, where he is also a driver coach. Still in the music business, with his band, Grand Prairie, who perform all over the world.