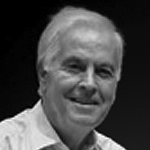 Richard Shepherd-Barron came from a distinguished family. His mother Dorothy was an international tennis player. Between 1920 and 1939 she participated in 15 editions of the Wimbledon Championships and the Olympics in 1924 winning a bronze medal in the women's doubles event and reaching the quarter finals in the singles. His older brother John is credited with inventing the ATM machine. Dorothy sadly was killed in a car crash in 1953 when Richard was just 16.

Richard started motor racing early in 1958 driving a Fiat Abarth 750 switching the following year to an Alfa Romeo Giulietta Veloce competing in GT and Sportscar Races in the UK and on the Continent.

He raced in International GT and Sports Car races on circuits such as Silverstone, Brands Hatch, Goodwood, Nurburgring, Monza, Le Mans plus Formula Junior (like today‟s Formula Ford) at Pescara and Reggio Calabria.

In 1960 he continued racing Alfa Romeos but switched to racng a Morgan Plus 4 in 1961 though, he had limited success. He also raced in Italian Formula junior with a Taraschi-Fiat and a RAM-Fiat.

In 1962 he teamed up with Chris Lawrence to race at Le Mans with a Morgan Plus 4 Supersport in the 2 litre class. They had been entered in 1961 but it was deemed too slow and the entry was refused.

With the support of the factory and with increasing success with the marque with Chris Lawrence at the wheel, the entry in 1962 was accepted. The car (TOK 258) was modified and lightened with an aluminum body, modified bonnet, various engine alterations and improved aerodynamics due to a new hardtop.

The adventure did not start well however. Chris departed for the cuircuit with TOK 258 on a trailer towed behind his Jaguar estate. Richard left 30 minutes later aiming to catch up with him. They hadnt been driving for long when they found TOK abandoned by the side of the road. There was a message attached explaining that the trailer had a bearing failure and he should drive the Morgan to the track! Thus the car made it's way to the track under it's own power.

In the race the crossed the line in 13th place overall and 1st in class. They had run trouble free the entire 24 hours while more moderna dn faster machinery fell by the wayside.

Richard Shepherd-Barron retired from racing at the end of the year.