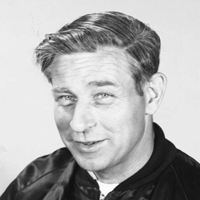 Born in Puyallup, Washington, Quite noticeable in the paddock as he went prematurely grey-haired, his motor sport involvement was limited after burns sustained in a crash in 1964. Congdon was one of the most frequent midget and sprint car racers around in the late 1950's and early 1960's; he also took three notable wins in USAC midget events; 1958, at Detroit, Michigan; 1960, at South Bend Motor Speedway, Indiana and then in 1961 at Columbus Motor Speedway in Ohio. All three wins came on paved ovals, which suited Congdon's driving style a lot more.