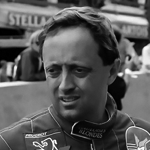 Best known as a team owner in a number of categories and a sponsorship consultant, Witmeur raced in endurance events including 25 appearances at the Spa 24 Hour race.

From Etterbeek, Brussels, Pascal Witmeur is best known as a team owner in a number of categories. Witmeur raced in endurance events between 1974 and 2015 starting in 75 at the 24 hour race at Spa driving a Fiat 128 Sport Coupé. Over the years he made 6 appearances at Le Mans and a staggering 25 appearances at the Spa 24 Hour race though he only got to see the chequered flag 7 times.

He also works as a sponsorship consultant. At one point he ran the GT4 European Cup series and Belcars, and a number of other events. Both the team management and adminstration roles take up a lot of time. Still working as an race organiser, including some rallying organisation. However, more recently he has been fighting and successfully beating cancer. He is now heavily involved in fundraising from racing events to go to cancer charities.