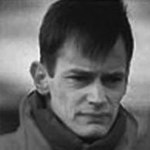 Top Touring Car driver who won three Championships in the UK. In 1995 he joined the works Nissan team in the DTM but was killed at Avus when he spun and was left stranded broadside in the middle of the track. Two cars missed him but he was then struck by Frank Biela's Audi. He passed away later the same day. Keith Odor died 27 years ago, he was 33 , He would have been 60.

Kieth raced as O'dor or Odor - changing from one spelling to another from year to year -, but the original family name is the Hungarian Ódor (Kieth's father, János Ódor immigrated to the United Kingdom after the Soviet invasion of Hungary in 1956). It is most likely that Ódor is the proper spelling of his name.

Kieth built his reputation in Britain with several seasons of racing in the BTCC with his father's Janspeed team, primarily with uncompetitive Nissan equipment; his results were generally good but not spectacular, although he took an excellent high-profile win at Silverstone in the BTCC support race at the 1993 British Grand Prix meeting. Odor finished in the top six in the BTCC standings that year, but then endured a difficult 1994 season in an uncompetitive car before Nissan chose to (temporarily) end their involvement with touring car racing in Britain.

He moved to a works drive with the Nissan team in the ADAC Super-Tourenwagen-Cup (the German 2-litre touring car championship) in 1995. Kieth won the first race of the double header meeting at AVUS (giving Nissan its first win in the series) and was leading the second race when his Primera was pitched against the left wall by a front left suspension failure (or front left tyre explosion), which was probably triggered by the way he was riding the high kerbs of the chicanes installed in the temporary track.

The Nissan spun twice and and stopped sideways in the middle of the track, in the fast approach to Nordkurve. Two competitors managed to avoid the stricken Nissan, but it was then hit square in the right-side door by Frank Biela's Audi. Because of his British racing background, and unlike most other competitors in the German series, Kieth was racing a right hand drive (RHD) touring car, and so he suffered serious injuries when the door on that side of the car was struck. He was airlifted to a Berlin hospital, but passed away later that same day.