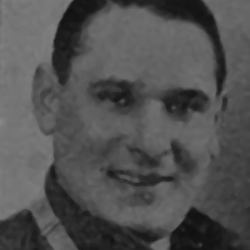 In May 1938 he won the Antwerp GP for sports cars in his Delahaye 135 CS 3.6L and in early June finished second in the Frontières GP Formula Libre race at Chimay again driving his Delahaye.

The war came putting a stop to racing. Mazaud, a great personal risk, supplied fuel and transport to Grover-Williams, who had been recuited by SOE and dropped nito France, to start a new resistance network from scratch. This network was known as Chestnut and was to be primarily a sabotage group. He contacted his motor racing  friends Robert Benoist and Jean-Pierre Wimille and Chestnut moved its base from the centre of Paris to the Benoist family estates South-West of Paris and Grover-Williams and Benoist began working to establish a number of small cells while awaiting arms and munitions from London. Over the following weeks they received several arms and equipment drops, which were spirited away to hiding places on the Benoist estates, in the lorries and fuel provided by Mazaud.

In 1948 after the war Mazaud raced a Maserati 4CL alongside Harry Schell in the Ecurie Franco-Americaine. He started the season with a win in the first heat of the I Grand Prix du Marseille. On the 9th of June at the I Coupe René le Bègue at St Cloud in Paris, Sommer won with Chiron 17 seconds behind him. Next came the Maserati of Mazaud. Two weeks later at the ACO GP at Nantes, Louis Gérard was driving the old Maserati 8CM which was very difficult to keep in a straight line. Gérard was on the fourth row of the grid with Mazaud. Wimille took the lead while Mazaud and Chaboud having made bad starts, charged off in pursuit of the pack. On the fourth lap, Mazaud came up behind Gérard’s Maserati. As he was about to overtake, Gérard strayed into his path. Whether Mazaud swerved or the cars touched is not know, the result however was that Mazaud’s Maserati rolled, throwing him on to the track. Chaboud, in avoiding Mazaud’s body, selflessly crashed into a ditch. Sadly it didn't make a difference, Mazaud had suffered severe injuries to his head and chest. Taken to a Nantes hospital and was pronounced dead in spite of an emergency surgical operation.

Gérard was eventually black flagged but it appears that he ignored this as his competition licence was revoked on August 9th, effectively ending his career at the top level.