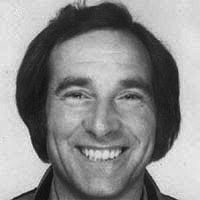 When Tony Charnell left school, he joined the Rootes Group in Coventry as an apprentice. There he developed his lifelong interest for cars and competition.

He married and in 1964 moved to Scotland. It was at about this time that he took part in his first competitive event, a night rally in which Tony entered driving a van. He then drove a more suitable Simca in the Tour of Britain before switching to circuit racing entering club events and sprints in a series of cars ranging from an MG Midget to the ex-Graham Hill Brabham F2 car.

He drove his Chevron B31 at Le Mans in 1977 with Robin Smith and Ian Bracey but retired with fuel pump problems. He was back in 1978 with Robin Smith, Fréderic Alliot and Richard Jones but this time they were not classified.

Then in 1979 he achieved his greatest result, winning his class at Le Mans driving with Richard Jones and Robin Smith in his privately entered Chevron B36. He was awarded the ‘Woolfe Barnato Trophy’ and the ‘Motor Trophy’ for being the first British car home.

Fiercely competitive though immensely popular, Tony tackled his illness the way he did everything, with a determination to win. Sadly he lost his battle on the 13th Oct 2001.