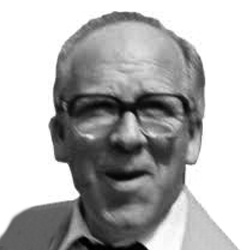 From a long line of distingusted German Army Officers, Mauritz started racing sports cars in 1951 with a home-built Intertype special. Unlike most of the eigenbau which were BMW 328 based, Mauritz based his on a Lancia Aprilia.

Powered by the 1.5 litre engine he regularly had to race against 2 litre machines. In May he entered the PokalRennen at Hockenheim but the gearbox failed without completing a single lap. He had better luck in the Eifelrennen at the Nürburgring finishing 6th. His best result came at the Norisring in September when he came home in 4th place behind Karl-Günther Bechem, Josef Peters and olfgang Seidel.

In October that year he married Margot Erdmann and didn't race in 1952.

He made an unsuccessful return in 1953 when he built the MSM (Mauritz von Strachwitz München) Lancia Formula 2 car despite the fact it had already been announced that Formula 2 would not continue after 1953. The MSM was powered by a modified Lancia Aurelia V6 engine which put out about 160hp, mounted in a lightweight double tube frame with standard Lancia suspension. With attractive bodywork by Rupflin, the overall weight of the car was about 580 kg.

Unfortunatly von Strachwitz lost his driving licence in a road accident earlier in the year and therefor also his racing licence. He was not permitted to race at Avus and when he tried to enter the German Grand Prix at the Nürburgring the same result ensued. However he did get to take part in an unofficial pre-practice session. The car carried the number 13.

He got his licence back later in the year but by then he had decided to quit racing.

He divorced Margot in 1963 and two years later married Hildike Gräfin Consolati. They divorced in  1980 and he married for a third time in 1983 to Siew Lin Leow.