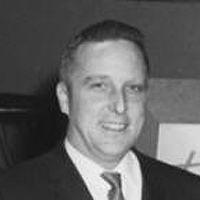 Reino Tulonen, from Fitchburg, Massachusits, USA, was a versatile and successful driver.

Perhaps the original Flying Finn", as he came to be known, began his racing career in 1946 by accident when he and his friend, Ray Hill, wen tto the Chesire Fairgrounds in Keene, New Hampshire to watch the racing.  Another friend of theirs, Harry Billington, was a car owner, racing in the New England Big Car series. And, when Billington’s driver dropped out at the last minute, Reino stepped in.

In 1951 he raced the Custom Auto Body Henry J in 4 NASCAR races. The car was road registered and after races, Reino would drive it home. His best finish was fifth at Thompson on October 12th.

Among his many accomplishments were winning the 1951 New England Championship and the 1951 Seekonk Cut Down Championship. Reino, known as "The Flying Finn", built, owned, drove, and worked on his own cars, competing against the like of the Flock brothers, Bill Rexford, and Sammy Packard, often beating them and better financed teams.

Later in his career, he was successful making the transition to super modifieds and NASCAR modifieds, winning the 1964 Westboro Championship.
hr