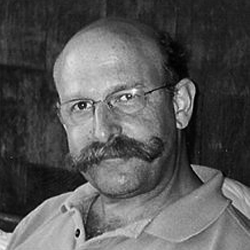 Peter Kuhn was born in Summit, New Jersey, USA. He moved to Franklin Township in 1995, having formerly lived in Basking Ridge, and Chatham Township.

He ran a few races with McCray Racing in the CART World Series in 1984 making his debut at the Mid-Ohio Sports Car Course, retiring after 20 laps by a broken gearbox. A week later he failed to qualify at Sanair Super Speedway. In his next race at Michigan International Speedway he finished 16th. His final start came at Laguna Seca but retired after 14 laps with overheating. He later became the executive vice president and general manager for ROBCO Racing Team and an American Les Mans Series team owner.

Peter became a self-employed contractor after leaving the world of motor sports to focus on his family. An avid surfer and talented musician, he died after suffering a fatal heart attack while body surfing off Long Beach Island, New Jersey.