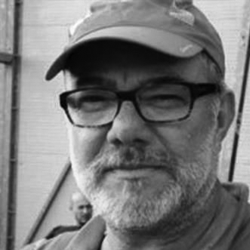 Mazzacurati was an Italian engineer and racing driver active in South Africa, winner of the 1936 South African Grand Prix in a Bugatti 35B Mario Mazzacurati died 36 years ago, he was 82

Born in Padua, he took a degree in geology at the University of Bologna and thus became an engineer and not a dentist as claimed by some sources.

He participated at the 1929 and 1930 Mille Miglia in a Bugatti, with Amedeo Bignami as co-driver. He also retired from the 1929 Circuito di Bordino.

Sometime around 1930 he moved to South Africa for civil engineering work including building Hout Bay Harbour and a number of roads through country towns. He was also involved in tin mining in Swaziland.

He set up the "Eagle Racing Stable" in Cape Town circa 1935 and imported a number of racing cars to South Africa including a Bugatti T35B and a T35C, an Alfa Romeo Monza and a Maserati 6C-34.

He bought a lot of ex-Nuvolari cars and it was rumoured that he was a cousin of Tazio Nuvolari though this is un-confirmed.

A good driver, he had good results in local South African events including a victory in the South African GP in 1936 and third places in 1937 and 1939 at the East London circuit; he raced a semi-works supported Maserati 6CM in South Africa in 1939.

Despite being a national sporting hero, as an Italian he was interned in South Africa during World War II but made a daring escape from the concentration camp. He died in Rome in 1985.