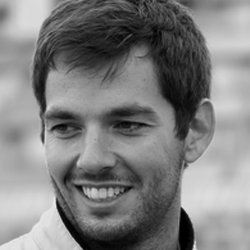 Son of racing driver Guy Edwards, Sean's tragically short career was highlighted by winning as the 2013 Nurburgring 24 Hours driving with Bernd Schneider, Jeroen Bleekemolen and Nicki Thiim.. He died as a passenger in a private testing incident in October 2013, at Queensland Raceway in Australia. Sean Edwards died 7 years ago, he was 29 , He would have been 36.

Born in London, the son of racing driver Guy Edwards. Educated at Wellington College and Cherwell College in Oxford, he lived in Monaco.

He started racing at the age of eleven in karts.

He graduated to single seaters in 2003 racing in the British Formula Ford Championship finishing 4th with one win and 4 podiumd.

The following year he moved to Formula Renault UK finishing 5th in the championship and was fifth again in 2005 racing in the British GT Championship. This marked a move to sports cars which were to be his prefered competition weapons.

He moved to Monaco and drove in the FIA GT3 European Championship, the Porsche Supercup and the American Le Mans Series with reasonable success. In 2006 he won the FIA European GT3 championship driving a Tech9 Motorsports Porsche GT3 Cup Car. In May 2013 he won the Nurburgring 24 Hours, his first major victory in endurance racing, driving a Mercedes-Benz SLS AMG GT3 alongside Bernd Schneider, Jeroen Bleekemolen and Nicki Thiim.

One of the first professional racing drivers to embrace Sim racing as a means of development and training, in 2012 he assisted with the racing scenes in Ron Howard's film Rush, about the battle between James Hunt and Niki Lauda in the 1976 Formula One season. The younger Edwards also portrayed his father in several scenes of the film, the latter being among the drivers who pulled Lauda from the burning wreckage of his formula one racing car during the 1976 German Grand Prix.

On 15 October 2013, Edwards was killed in a crash during a private session at Queensland Raceway in Willowbank, Queensland, Australia as a passenger whilst instructing Will Holzheimer of Dellow Racing in a Porsche 996 Supercup car. Holzheimer was treated at Royal Brisbane Hospital for injuries and burns.