1942
Jabouille was one of the last of a breed of Formula One drivers who were also engineers.

0 - 1916
Lewis Jackson was the first American to die in an international Grand Prix. He lost control of his Marmon and crashed into a tree on the Pacific Palisades, Santa Monica, killing himself and three spectators.

1914 - 2002
John James was a keen amateur who first raced at Brooklands before WWII. After the war he returned to competition and entered the British Grand Prix in 1951 with the ex-Reg Parnell Maserati 4CLT/48.

1935
A true extrovert, Captain Peter Janson in an international socialite and was at one time a touring car racer. A bearded Wodehousian figure in a brocaded red velvet smoking jacket, he is a fan of foxhunting and friend of Prince Charles.

1975
Jason Jarrett races in the ARCA RE/MAX Series. His father, Dale, and grandfather Ned were both NASCAR champions. Jason attempted to follow in their footsteps with sporadic attempts in NASCAR.

1870 - 1952
Raced a White Steamer nicknamed Whistling Billy which achieved speeds in excess of 74 mph. Retired to Florida on the proceeds of an invention. 1994
Axcil Jefferies is a Zimbabwean drived currently based in the United Arab Emirates. He is the Current Lamborghini Super Trofeo Middle East Champion, Vice European Champion and is occupying the role of a Senior Race Driver Instructor at Yas Marina Circuit.

1853 - 1918
Jellinek was consul general of the Austro-Hungarian Monarchy in Nice and one of the first to be interested in automobiles in Austria. Advisor to Daimler Motoren Gesellschaft (Untertuerkheim, Germany), he had important influence on the production of new motor vehicles. He proposed the name Mercedes as the brand name of the Daimler cars, after the name of his daughter Mercedes Jellinek.

1869 - 1913
Famous for setting land speed records including the first over 100 mph, the Red Devil was shot by his friends when a practical joke went very wrong. 1883 - 1956
Jenkins was mayor of Salt Lake City from 1940 to 1944 and is regarded as the father of the Bonneville Salt Flats as a record breaking venue. He started racing motorcycles on dirt tracks before he became interested in long distance and land speed records.

1920 - 1996
A legendary motoring journalist who famously navigated for Stirling Moss when he won the 1955 Mille Miglia. 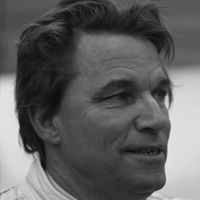 1956
Swedish racing driver who drove in Formula One for both Ferrari and McLaren, among other teams. Since leaving Formula One he has won the 1997 24 Hours of Le Mans and raced in a number of categories, including CART, various kinds of Sports car racing and Grand Prix Masters.

1930 - 1971
Nolan, a cousin of Gordon Johncock, raced most of the Michigan race tracks. In 1961 he won 40 feature races along with the Tri-State championship. He was fatally injured at Sandusky Speedway in 1971.

1937
Gordon Johncock is best known as a two-time winner of the Indianapolis 500 and the 1976 USAC Marlboro Championship Trail.

1934
Raced in NASCAR and in 1964 became the first NASCAR driver to turn a competetive lap at Indy. He nearly won the 1960 Daytona 500 but did take two other wins in his career.

1931 - 2019
If ever there was a driver that deserved the adjective of 'legend' it is Junior Johnson. In 1998 he was named the greatest NASCAR driver of all time by Sports Illustrated magazine.

1903 - 1978
Luther Johnson was a mechanic and test driver at Studebaker. He raced Studebaker stockcars quite successfully and also raced at Indy in the 500 three times.

1937
Bruce was the one of the best drivers in South Africa at the end of the Fifties and the beginning of the Sixties.

1946
Jones was a straight-talking, iron-willed, hard-driving Australian, who fought his way to the top of F1, where he defended his territory with ruthless determination and large doses of intimidation.

1928 - 2008
Pee Wee Jones was one of the original members of NASCAR when it was formed in 1949 by Bill France and ran in the old convertible series for a short time.

1943 - 2015
Once considered one of Formula One's more obscure drivers, Tom Jones entered his own Cooper T82 in one Formula One race, the 1967 Canadian Grand Prix. He raced on and off throughout the 1970s in various series before retiring in 1980.

1970
Roy Jones is a racing driver who has competed in NASCAR and sprint cars. He currently runs in the USAR Hooters Pro Cup Series.

1969
PJ Jones, son of 1963 Indianapolis 500 winner Parnelli Jones. He won the 1993 Daytona 24 hour race and was runner up in the Driver's Championship. Now driving in the IRL Series. 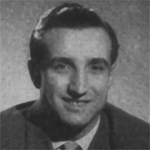 1928 - 2008
Peter Munro Jopp was a highly entertaining character and a very good driver. A leading light in Cliff Davis' legendary 'Filth Nights' in the early 1960s, he was also a great friend of Graham Hill.

1903 - 1960
Spanish driver who raced single-seaters and sports cars in Grand Prix and endurance races. Died driving between Sitges to Barcelona when his car went off a cliff.


Engine Developments Ltd was founded in 1971 by John Judd and Jack Brabham in Rugby, Warwickshire, England. Engine Developments was intended to build engines for Brabham's racing efforts, and became one of the first firms authorised by Cosworth to maintain and rebuild its DFV engines, but has since expanded into various areas of motorsport.

Judd has provided engines for many major series, including Formula One and other smaller formula series, sports car racing, and touring car racing. They have been associated with manufacturers such as Yamaha, MG, and Honda, although they have mainly been a privateer-engine supplier.

1900 - 1994
Regarded as one of the greatest female drivers in Grand Prix motor racing history. However with communist rule in Czechoslovakia she was largely forgotten by the motor racing world until recently. She nearly won the 1928 Targa Florio in her Type 35B Bugatti but rocks mysteriously appeared in front of her on the second lap.