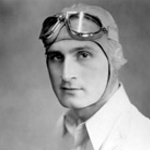 Mark Billman was from Indianaplis and had won many races in Indiana and Ohio in the late 1920s and early 1930s. He had a bad crash while racing at the Black Demon Speedway north of Terre Hautein 1929 which left him with a pronounced limp as one leg was shorter than the other.

He was killed in the 1933 Indinanapolis 500, his only start in the race. When he lost control of his Kemp-Mannix Duesenberg on the seventy-ninth lap. He hit the outside wall in the southeast turn and the car came to rest astride the wall. Billman was trapped between the left front wheel and the wall and it took 20 minutes to extracate him. His injuries were terrible, his left arm had been torn off, both his legs were broken and he had suffered internally injuries. In spite of blood transfusions, he died an hour later.

His mechanic, Elmer Lombard, was thrown fifty feet however, though he suffered burns and lacerations to his legs along with internal injuries, he survived.