/hr
German racing driver who raced in the German Grand Prix in 1952 and 1953. Had some success with BMW and Borgward in sports cars. He retired in 1954 after crashing heavily in the Carrera Panamericana.

/wikipedia.org + hr
Nakajima was the first Japanese driver to become a regular in F1 as team mate to Ayrton Senna in 1987. He stayed with Lotus until the end of 1989 when he switched to Tyrrell until he retired in 1991.

/
Racing in British F3 in 1982 before returning to Japan to race in F2 and F3000. Switched to touring cars in 1996 and won the Japanese Touring Car Championship the following year.

/hr
Dennis 'The Iron Duke' Nalon was part of the Chicago Gang along with the likes of Tony Bettenhausen. He was a midget, sprint car and Indy 500 driver. He won the 1938 East Coast AAA Sprint car championship and drove at Indy ten times but finished only 3.

/
Formula One driver from Italy. He participated in 78 grands prix, debuting on March 23, 1986. He won 1 race, achieved 9 podiums, and scored a total of 65 championship points.

/hr
Emanuele Naspetti is a former Formula One driver from Italy. He participated in 6 grands prix, debuting on August 30, 1992.

/BRDC
Roger Nathan is both a racer and a tuner. He made a name for himself in the early sixties racing Lotus Elites and other sports cars. He built his own sports prototypes and was also the leading Hillman Imp conversion and race specialist.

/
Formula One driver from Italy. He participated in 1 grand prix, debuting on July 15, 1961. He scored 0 championship points. 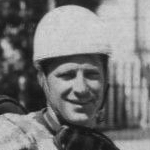 Mike Nazaruk was an American racecar driver. He raced midget cars, sprint cars, and IndyCars. He was nicknamed "Iron Mike." Nazaruk was of Ukrainian descent. Before racing, he worked as a florist's delivery driver and as an aircraft welder.

/
Nazzaro was one of the truly great drivers. Starting with Fiat he quickly became one of their most valued drivers. Twice winner of the Targa Florio.

/historicracing.com
Nephew of Felice Nazzaro. Biagio was killed driving a FIAT in the French Grand Prix of 1922.

/historicracing.com
Independant NASCAR driver and owner who raced between 1955 and 1979. He scored 26 top ten finishes in his 338 NASCAR starts. Famous for giving Dale Earnhardt his first Winston Cup race in 1975.

/hr
Gary Neice, from from Candler, North Carolina, ran Late Models at tracks in North Carolina and Virgina. He also raced occasionally in the NASCAR Busch Grand National Series. He was killed after suffering a heart attack during the Carquest 300 at the South Boston Speedway in 1991.

/
Danish driver who attempted to qualify for the 1976 Swedish GP with RAM in a Brabham BT44B. Didn't qualify. Now races historics.

/hr
Craig T. Nelson is an American actor who was introduced to racing when he participated in the Pro Celebrity race during the 1991 Long Beach Grand Prix. In 1994 Nelson began racing World Sports Car prototypes and between 1994 and 1997 he made 24 WSC starts, including the Daytona and Sebring endurance...

/
Born in Bruxelles Neugarten was a successful GT driver winning the GT2 class at Le Mans in 1997 crossing the line with only three available gears!

/With thanks to Tim Compston, AD Holdings plc

/
John Nicholson, best know for his preparation of Cosworth DFVs, is a former Formula One driver from Auckland, New Zealand. He participated in 2 grands prix, debuting on July 20, 1974.

/
Nickel started vintage racing in 1984 and became the first American to win the European FIA Historic Sports Car Championship. He was also an avid car collector.

/
Wrote a book in the 1950s called "Come Motor Racing With Me" and is an introduction to the sport for young people. There's nothing of a personal nature in the text, but the cover blurb says that he "had several years' personal experience of racing motor cars before the war, and has been closely...

Cal Niday raced at Denver race tracks during the "Golden Era" of Midget Racing. He drove in the Indy 500 on three occasions. He finished 10th in the 1954 Indy 500. He died as a result of a crash during a historic racing car exhibition run at Willow Springs. One of only three drivers to compete in...

/hr
Niedermayr drove an AFM-BMW in the 1952 German Grand Prix at the Nurburgring. That year he finished second at le Mans in a Mercedes-Benz 300SL with Theo Helfrich. Later that summer he crashed into the crowd at the Grenzlandring killing 14 spectators and injuring 40 more.

/wikipedia.org
Klaus Niedzwiedz is a former professional racing driver and motoring journalist who had his greatest success in the 1980s driving the Zakspeed Ford Capri. Niedzwiedz holds the eternal lap record for Group 5 touring cars on the old NÃ¼rburgring with a time of 7:06 min, just 2 seconds slower than the...

/
John's record in sports car racing is surely second to none. He has won the Le Mans 24 Hours and the Daytona 24 Hours in a career that started in go-karts back in 1972. However, his successes have not been confined to this form of racing, as he has a string of Championships to his name in... /hr
Gunnar Nilsson was a fine driver who was rising to prominence until cancer killed him. He is remembered thanks to the charity that bears his name.

/wikipedia.org
Jan Nilsson is most famous for his appearances in the Swedish Touring Car Championship, having appeared in eleven seasons, winning the championship twice and taking 30 race wins.

/hr
Hideki Noda participated in 3 grands prix having replaced Yannick Dalmas in the Larrousse for the last 3 grands prix on 1994. He made his F1 debut in the European Grand Prix.

/hr
Better know as the writer Nevil Shute, after emigrating to Australia after the second World War he took up racing in a Jaguar XK140.

/
Nunn gave up his driving career in the late 1960s to build Formula 3 cars. He eventually built his first Formula 1 car for Ricky Von Opel in 1973. This led Nunn to form his own Formula 1 team to build and race cars under the Ensign name. Ensign fielded a Formula 1 team for 10 years.